When Awards Are Bigger Than Pieces of Paper

I sat there in that middle school gymnasium, surrounded by other proud parents, anxiously waiting and listening for my daughter’s name to be called.  One award after another was announced, as children proceeded to line up along the front of the stage to be recognized for their efforts.  One by one, those parents beamed with pride at what their child had accomplished.

With each name that was called, I listened more intently.

But her name wasn’t called.

No awards would be given to my daughter this year.  This was the first year since she was in Kindergarten that she has not received some kind of award.

Truthfully, at first, I was disappointed.  We all want our children to be successful, and to do well, but it was more than that.  I was disappointed and disheartened because I was worried about how my daughter would feel.

I watched her, one little body in a sea of sixth graders.  So far, so good.  No tears, no lowered head, no signs that I could see that showed she was even remotely bothered by the lack of papers in her own hand.

Instead, as I sat there watching my daughter from the rafters, I saw her gorgeous character shine brighter than any award ever could.  She clapped and high-fived every single friend of hers who received awards. She smiled a huge smile at her teachers.  She laughed and joked with her classmates sitting around her.

Then, she turned to find me in the crowd.  Would my expression show disappointment?  I prayed not. She found me.  Our eyes met.  She waved and gave me that big, beautiful grin full of pink and blue braces, then blew me a kiss.  I immediately melted, right there in my seat, and blew back a big kiss for my sweet girl.  I was a proud momma and she knew it. 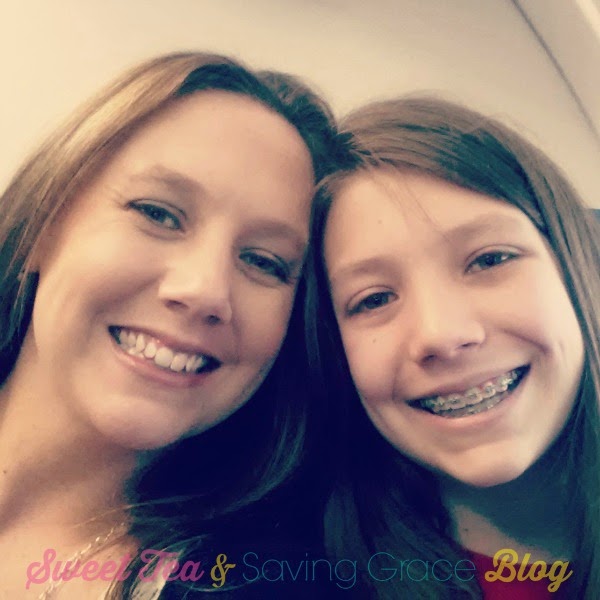 The truth is, those little pieces of paper really don’t matter in the grand scheme of things.  Some parents will take them home and put them in a folder or scrapbook that will get filed away on a shelf.  Others might even toss them in the trash after they sit on the counter for a while.

Award or not, it doesn’t change the fact that my daughter worked hard during sixth grade.  She took advanced classes, played a lead character in the middle school musical, and, for the first time in her academic career, struggled – both with the work load and the new routine – and learned a valuable lesson about the correlation between study time and grades.

Awards are passed out for merit and academic excellence, and I completely believe that they are a wonderful way to recognize those students who truly put in the extra effort.  But awards aren’t given for character, grace, encouragement, or friendship.  I don’t need Marley to get a piece of paper with her name on it to remind me that she is an amazing child of God who isn’t afraid to share her faith, love her friends and family, hug her teachers, or support her peers. 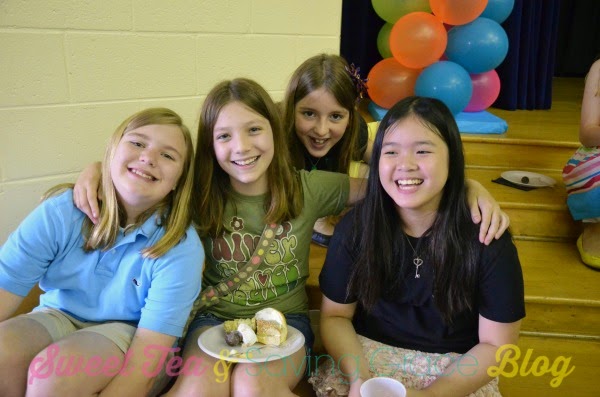 {Marley in the middle with her friends at school.} 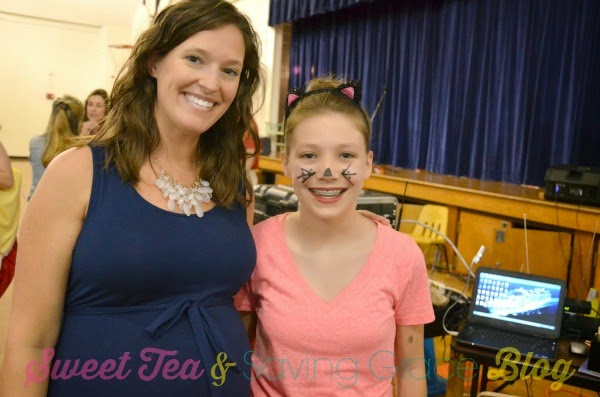 {Marley with her chorus teacher. She played the Chesire Cat in the school’s musical “Alice in Wonderland”}

I made sure to tell her exactly that, too.  But she already knew.  She’s surrounded by friends who genuinely love her – that’s her award.  She’s respected and loved by her teachers – that’s her award.  And, when her time on this earth is through, she will receive the greatest award anyone could ever receive, and that is a place in heaven with our Savior.  I can’t think of any piece of paper better than that.