When There Is Beauty From Chaos

We’ve had some really violent storms in our neck of the woods lately, but none like a couple weeks ago, late in the afternoon, when sunny skies quickly turned grey and big, fat storm clouds began rolling in.  I was standing on our top deck, leaning over to tell Mark that the radar showed a nasty storm headed our way, and thought he should pack up the tools he was using to build our lower deck.

No sooner did I get those words out of my mouth than a strong gust of wind almost knocked me off my feet. I looked up from where I was standing to see an awesome and very fast-moving cloud. 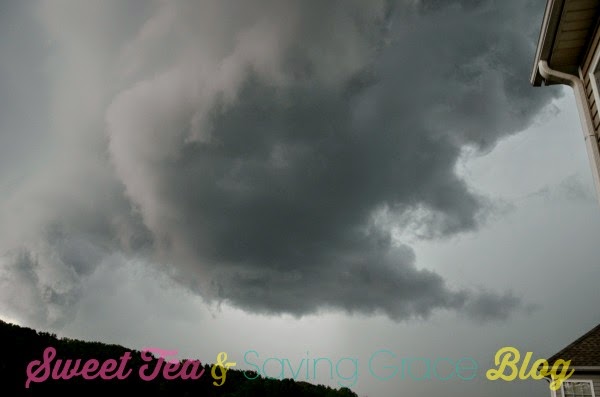 Almost immediately, the lightning came, followed very closely by loud claps of thunder and more wind gusts. My daughter, who had been playing her keyboard upstairs, came rushing down to let me know that a storm was coming, just in case somehow I missed it. 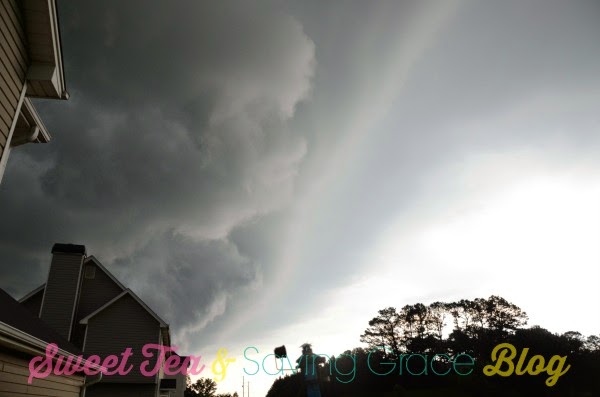 She was a littled scared and asked if we needed to go to the basement.  I wasn’t sure, and kept checking my weather app on my phone for more details.  The TV reception was already beginning to wane and the rain had not started just yet.

Finally, we all got in the house just as fat raindrops started to pelt the hot ground.  The rain came quickly, and hard, like it was angry at the earth for existing.  It almost sounded like hail it was raining so hard.  The wind was blowing and roaring around the corners of the house like a monster trying to get in. 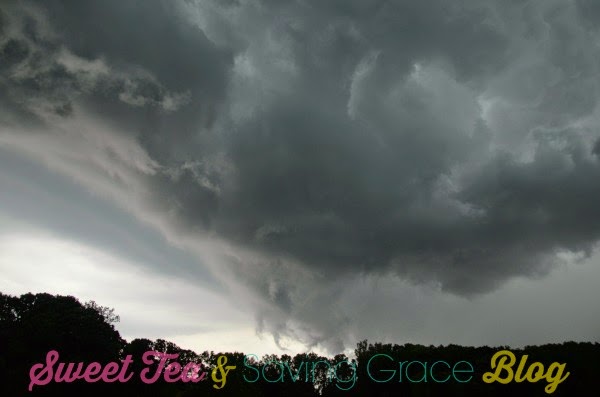 After about half an hour, just as quickly as it had come, the storm moved on to terrorize other parts of the state.
As we sat in the livingroom, one black lab curled around Mark because she is terrified of thunder, the other black lab snoring on the cold hardwoods, the silence from the dissapated storm became deafening.  I noticed that it was no longer dark outside, but abnormally bright, like the world was on fire.
I grabbed my camera and ran to the front door.  As I opened the door, I stopped short, mouth agape in awe, and just stared at the miraculous glory before me. 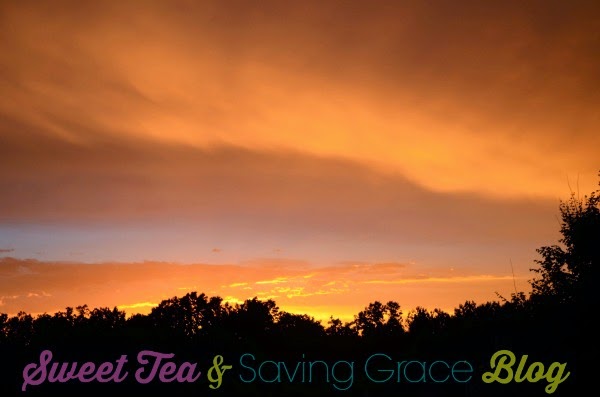 It was one of the most brilliant sunsets I had ever seen in my entire life, and it was in my own front yard.  The light from the setting sun reflected off the clouds, casting a vibrant orange light across the streets of my neighborhood.

Marley and Mark followed behind me as I stood in the yard wildly snapping photos.  The darkness of the storm was behind me now, and as I turned to face it, I saw it. 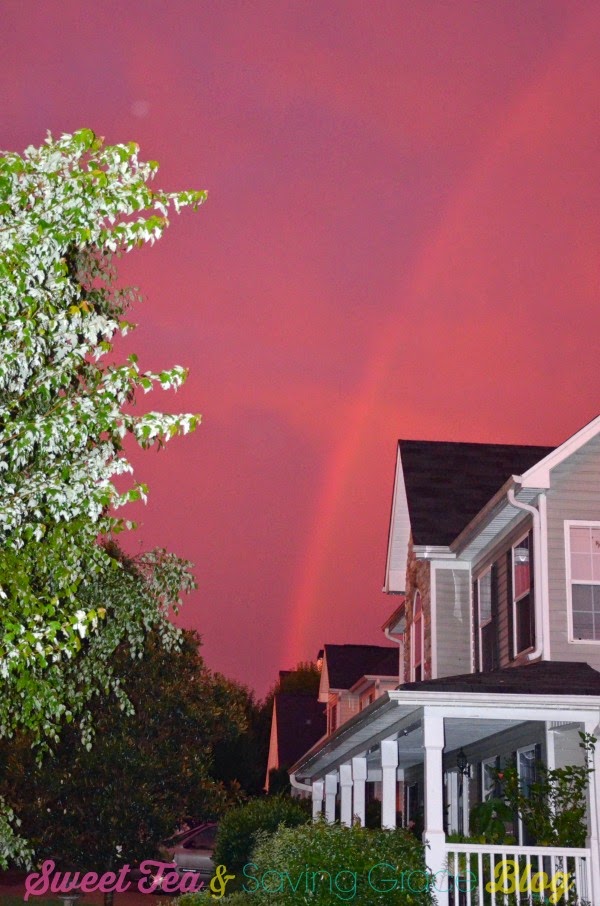 A rainbow.  God’s covenant in the sky.  A promise from my Savior that He would never destroy the human race by flood again.

A promise from God that only comes after a storm.

The maturity of my faith meant that this symbolism was not lost on me.  Tears formed in my eyes as I stared at the colors of the rainbow against a black sky.  “Thank you, Jesus,” I whispered. 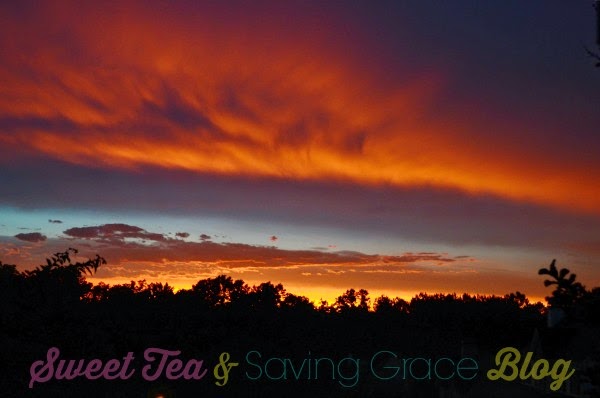 Had it not been for the storm clouds still lingering in the night sky, that sunset would have only been ordinary. Clouds are like giant mirrors that reflect the light of the sun.  The clouds in our own life can serve as mirrors to reflect the Son of God in our lives.

Don’t miss this, please.  Storms will come.  Bad days, bad months, bad years will come.  We will go through hard times – this we are promised.  But we are also promised grace, mercy, love, restoration and strength. When storms of life blow through, that’s when we are closest to God.  We cling so tightly to Him in those moments of violent thunder and angry rain, and He becomes our vibrant light after the storm has passed. 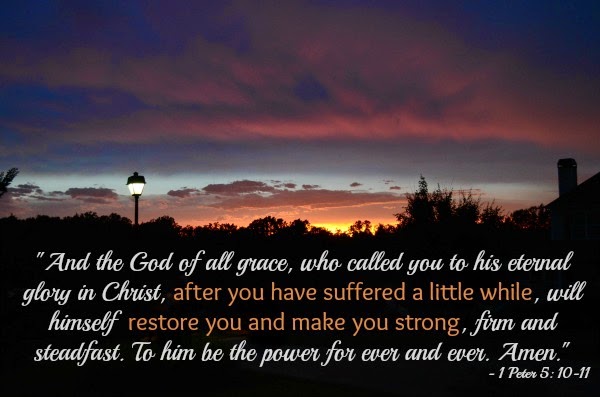 Oh, my sweet Savior!  I have had my share of storms, some so violent and angry that I didn’t think I’d survive.  But I did.  Not because of my own strength, oh no!  Friends, I am not strong.  My human nature is to lash out, to cave under pressure, to allow the trampling to continue because somehow, in some way, I feel like maybe I deserve it.  I don’t feel worthy of His grace.

But God promises us that in our weakest moments, He is our strength.  I have leaned on these words so much that I had them tattooed on my wrist.

“But He said to me, ‘My grace is sufficient for you, for power is perfected in weakness.’  Therefore, I will most gladly boast all the more about my weaknesses, so that Christ’s power may reside in me.  So I take pleasure in weaknesses, insults, catastrophes, persecutions, and in pressures, because of Christ. For when I am weak, then I am strong.”   -2 Corinthians 12: 9-10

The light of the Son shines through me when I am tormented by the storms of life.  But praise God, the mercy of my Savior is my strength, and I will gladly boast all the more of my catastrophes and praise Him in this storm!