Genesis 1: In the beginning God…

I’ve felt an urging lately, like a hunger, to dive deeper into the Word of God in my quiet time. I’m taking you on this journey with me because I want to not only read the Bible, I want to study it. And I’m doing it in chronological order.

In reality, it’ll probably take me a couple years to get through the entire Bible, especially with the in-depth research I want to do for each book. 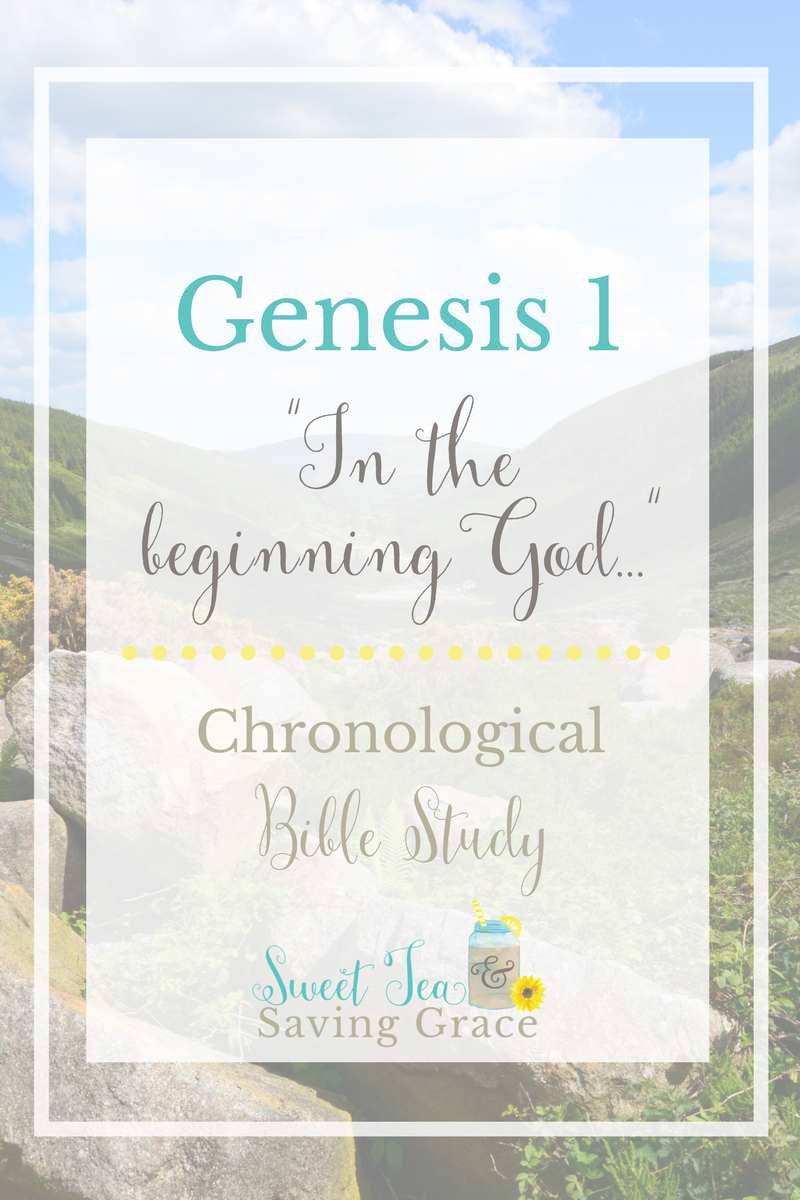 A quick disclaimer: I am not a Bible scholar, a pastor, a theology major, or an expert in any way, shape, or form. I am simply a woman after God’s own heart. What you will read in these posts will be a combination of scripture, notes from my own research, and my own observations gleaned from reading aforementioned scripture and research.

We’re starting our journey in Genesis, obviously. Before we get into the scripture itself, let’s talk briefly about the book of Genesis.

Genesis can be broken into two parts: chapters 1-11 cover primeval history, which tells the story of Creation and the relationship between God and man; chapters 12-50 cover the prehistory of Israel, the patriarchal history.

Many Old and New Testament scriptures recognize Moses as the author of Genesis.

The first chapter of Genesis outlines the first six days of Creation, basically giving us a play-by-play of the order in which God created the universe, the earth, and every living creature on earth, including mankind. 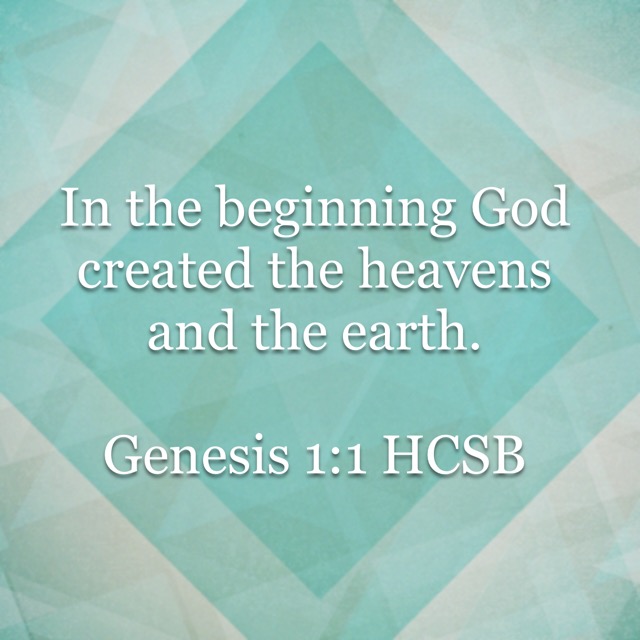 “In the beginning God…” – the first part of verse 1: four simple words that speak so much truth. From these four words, we can gather so many key truths.

The First Six Days of Creation

Day 2: God created an expanse between the waters and called the expanse “sky”. (vs. 6-8)

Day 3: God separated water from dry land. He called the land “earth” and the gathering of water “seas”. God then commanded the earth to produce vegetation in two forms: seed-bearing plants and fruit trees. (vs. 9-13)

Day 4: God created the sun, moon, and starts, giving the sun dominion over the day and the moon dominion over the night. He gave specific purposes for these lights in the sky: to serve as signs for festivals and for days and years. (vs. 14-19)

Day 5: God filled the water and sky with living creatures, each according to their kind (specific species). God blessed them, telling them to be fruitful and multiply. (vs. 20-23)

Day 6: God filled the earth with living creatures, each according to their kind. God then referred to Himself in plural saying, “Let Us make man in Our image, according to Our likeness.” (vs. 26) God created man, both male and female, to rule the fish of the sea, birds of the sky, and the livestock and creatures of the earth. God blessed them, telling them to be fruitful and multiply.

God also commanded man to subdue the earth, rule it and the creatures on it. God told man He created seed-bearing plants and fruit trees to serve as food. (v. 24-31)

When God speaks, the universe changes.

Seven times in chapter 1, God saw that His creation was good.

God separates the light from the darkness physically and spiritually.

These verses are also a metaphor for how God is the ultimate Judge, cannot exist where there is sin (darkness), and for us to be saved we must live in the light of Christ.

Giving names to creations shows that God is the ruler over those things.

In ancient Israel, naming things showed authority over them. As God created the heavens and the earth, He named them, including man. However, He gave ruling authority to man over the living creatures. (In Genesis 2, God tells man to name every living creature.)

God uses the plural “Us” in verse 26, possibly referring to the Holy Trinity.

‘Then God said, “Let Us make man in Our image, according to Our likeness. They will rule the fish of the sea, the birds of the sky, the livestock, all the earth, and the creatures that crawl on the earth.” ‘ Genesis 1:26

God created man last because He had to prepare a place for us, just as He has done in heaven.

‘God saw all that He had made, and it was very good. Evening came and then morning: the sixth day.‘ Genesis 1:31

Man is the only thing God created in His likeness and image.

God gave us the ability to reason, He gave us morals, and He gave us a relationship with Him.

‘So God created man in His own image; He created him in the image of God; He created them male and female. ‘ Genesis 1:27

God did not initially intend for man to eat meat.

God provided seed-bearing plants and fruit trees and instructed man that this was his food source. Meat wasn’t on the menu until either after the fall of man or after the floods.

‘God also said, “Look, I have given you every seed-bearing plant on the surface of the entire earth and every tree whose fruit contains seed. This food will be for you, ‘ Genesis 1:29

PrevPreviousThe Grand Canyon in One Day
NextGenesis 2: Flesh of my fleshNext