Genesis 10-11: Table of Nations and Tower of Babylon

In Genesis 10-11, we get a closer look at Noah’s sons and their descendants in the Table of Nations, as well as the beginning of modern civilization and the Tower of Babylon. 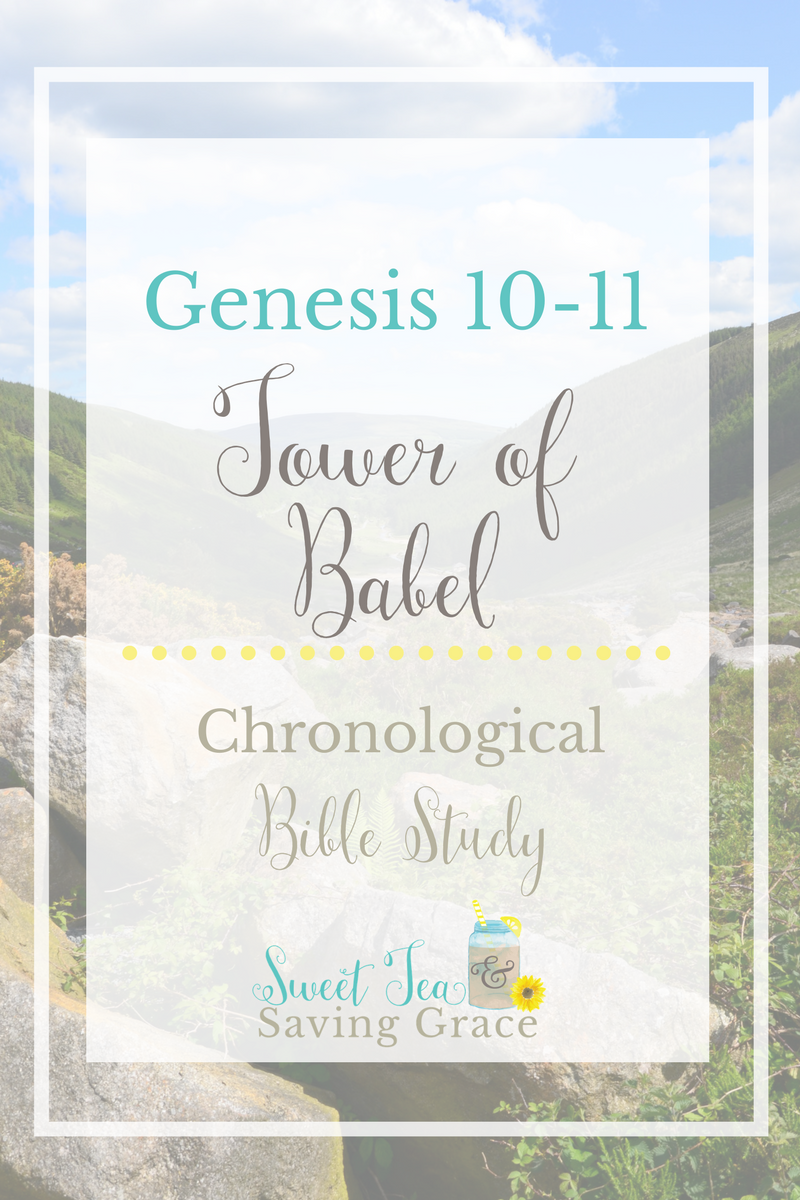 Chapters 10 & 11 of Genesis are difficult to study because they are primarily genealogical lists but there are some interesting and important pieces of information to gather from them.

Genesis 10 is referred to as the “Table of Nations” because Noah’s sons began building families who create the nations of the world.

First we are introduced to Japheth’s descendants, the coastland people. They settled in areas reachable by ship. (Gen. 10:2-5)

Nimrod was a powerful hunter and king, with a large kingdom beginning in Babylon and including Nineveh. These two capital cities are two of Israel’s most formidable enemies located in present-day Iraq.

As you may be aware, Iraq and Israel continue to have problems to this day. Iraq has never recognized Israel as a diplomatic state.

Also from the line of Ham came the Canaanites and 11 different people groups.

‘Eber had two sons. One was named Peleg, for during his days the earth was divided; his brother was named Joktan. ‘ Genesis 10:25

In verse 25, the mention of the earth dividing during the days of Peleg possibly refers to God confusing the languages at the Tower of Babylon.

Genesis 11 covers the Tower of Babylon. Babylon was one of the kingdoms of Nimrod, located in the land of Shinar. 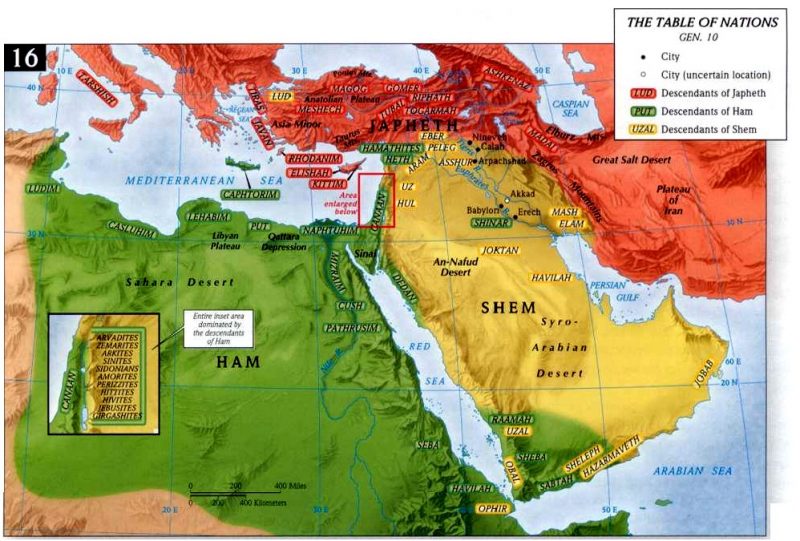 As more people populated the earth, they all began to congregate together around Babylon.

‘They said to each other, “Come, let us make oven-fired bricks.” They used brick for stone and asphalt for mortar. And they said, “Come, let us build ourselves a city and a tower with its top in the sky. Let us make a name for ourselves; otherwise, we will be scattered over the face of the whole earth.”’ Genesis 11:3-4

‘Then the Lord came down to look over the city and the tower that the men were building. The Lord said, “If they have begun to do this as one people all having the same language, then nothing they plan to do will be impossible for them. Come, let Us go down there and confuse their language so that they will not understand one another’s speech.” ‘ Genesis 11:5-7

Terah was the father of Abram, Nahar, and Haran, and Haran fathered Lot (who you may remember from the story of Sodom and Gomorrah).

Chronologically, we will be taking a break from Genesis after chapter 11 to read through Job. This puts us at around 2200 BC, although exact timeframes are hard to determine.