In Genesis 4, we see Adam and Eve begin to fulfill their original purpose commanded by God – to be fruitful and multiply, filling the earth with people. The fourth chapter of Genesis focuses mostly on two of Adam and Eve’s sons, Cain and Abel, and the first murder committed by man. 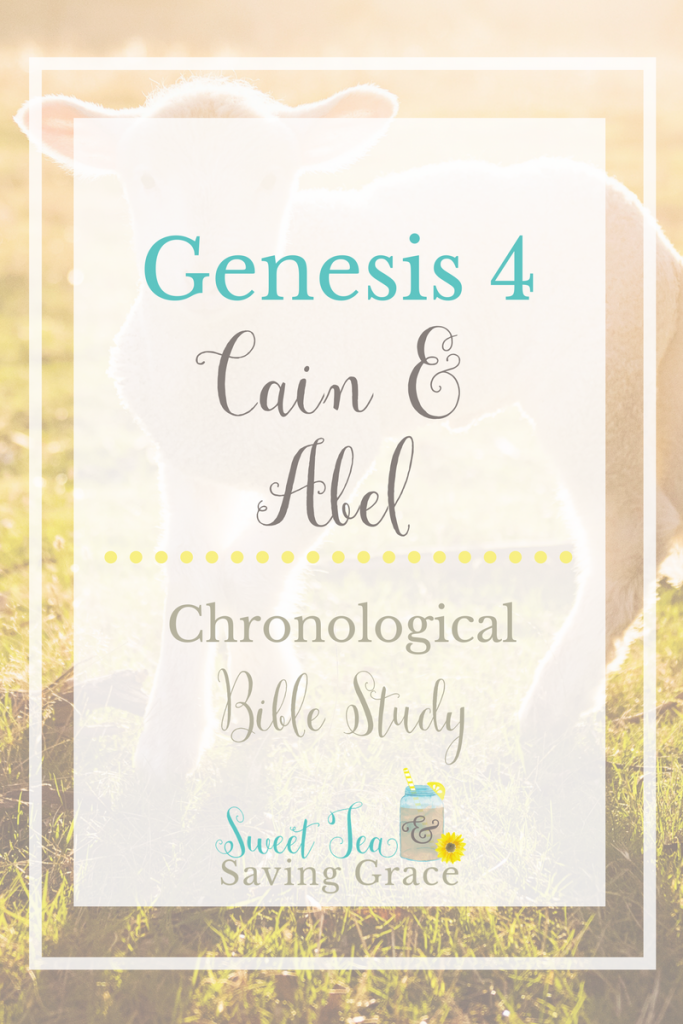 Within this chapter, we see the circle of life, from birth to death. Birth is the blessing of God and the following of His command to Adam and Eve to populate the earth. Death, in Genesis 4, is a product of sin. We also see how far one sinful action will carry through many generations and influence the future of society.

‘Adam was intimate with his wife Eve, and she conceived and gave birth to Cain. She said, “I have had a male child with the Lord ’s help.” Then she also gave birth to his brother Abel. Now Abel became a shepherd of flocks, but Cain worked the ground. ‘ Genesis 4:1-2

Despite being punished for her sin and cast out of the Garden of Eden, it was not lost on Eve that childbirth was a blessing from God, as we can see in her exclamation, “I have had a male child with the Lord ’s help.” (vs. 1)

Adam and Eve had many sons and daughters, but we’re only given the names of three sons – Cain, Abel, and Seth (in verse 25). Because Adam and Eve were the first man and woman, it’s important to note:

As the men grew, Cain worked in the fields as a farmer producing crops, while Abel became a shepherd tending to the flock.

‘In the course of time Cain presented some of the land’s produce as an offering to the Lord. And Abel also presented an offering — some of the firstborn of his flock and their fat portions. The Lord had regard for Abel and his offering, but He did not have regard for Cain and his offering. Cain was furious, and he looked despondent. ‘ Genesis 4:3-5

Most likely, Adam raised his children to have an intimate relationship with God, so it was expected to give back to God what He had given in the form of an offering. Pay attention to the wording of the verses above:

Hebrews 11:4 says: ‘By faith Abel offered to God a better sacrifice than Cain did. By faith he was approved as a righteous man, because God approved his gifts, and even though he is dead, he still speaks through his faith. ‘

Perhaps Cain was being greedy, knowing if he gave away his best produce, he wouldn’t make as much money. Perhaps Cain just didn’t take the offering seriously. Whatever the reason, God saw Cain’s heart and did not have regard for his offering.

‘Then the Lord said to Cain, “Why are you furious? And why do you look despondent? If you do what is right, won’t you be accepted? But if you do not do what is right, sin is crouching at the door. Its desire is for you, but you must rule over it.” ‘ Genesis 4:6-7

God offers a warning to Cain to not let his anger go unchecked. Anger is an open invitation to the Devil. Verse 7, “sin crouching at the door“, reminds me of one 1 Peter 5:8 which says, “‘Be serious! Be alert! Your adversary the Devil is prowling around like a roaring lion, looking for anyone he can devour. ‘

Death: The Product of Sin

John the disciple mentioned this incident in one of his letters, urging believers not be led astray evil, instead opting to love one another:

‘For this is the message you have heard from the beginning: We should love one another, This is how God’s children — and the Devil’s children — are made evident. Whoever does not do what is right is not of God, especially the one who does not love his brother. unlike Cain, who was of the evil one and murdered his brother. And why did he murder him? Because his works were evil, and his brother’s were righteous. ‘ 1 John 3:10-12

Take a look back at Genesis 3. Just as He did for Adam, our great, omniscient God sought out the sinner, this time Cain, giving him an opportunity to acknowledge his sin and repent.

God asked a question to which He already knew the answer, and adding another sin to the list, Cain lied to God saying he didn’t know where his brother Abel was.

Cain’s Curse and Exit to Nod

‘So now you are cursed, alienated, from the ground that opened its mouth to receive your brother’s blood you have shed. If you work the ground, it will never again give you its yield. You will be a restless wanderer on the earth.” ‘ Genesis 4:11-12

Here, however, God curses Cain himself, and his livelihood was taken from him. He was cursed to wander the earth.

In verses 13-14, instead of repenting, Cain complains about his punishment, telling God it is too severe. Cain fears others may try to kill him to avenge his brother.

‘Then the Lord replied to him, “In that case, whoever kills Cain will suffer vengeance seven times over.” And He placed a mark on Cain so that whoever found him would not kill him. ‘ Genesis 4:15

God is a compassionate and loving God (read Gen. 3:21) so he provides Cain with a mark and protection so others will know they will suffer sevenfold if any harm comes to him.

Finally, Cain leaves his home and lives in Nod to the East. Notice Cain never attempted to seek repentance for his sins. His only concern was his own well-being.

‘Cain was intimate with his wife, and she conceived and gave birth to Enoch. Then Cain became the builder of a city, and he named the city Enoch after his son. ‘ Genesis 4:17

God cursed Cain to wander the earth, but in another act of disobedience, Cain settles down, marries, has a son named Enoch, then builds a city and names it after his son.

Following the lineage of Cain, we will see how his original sin, the murder of his brother Abel, spills over into his descendants to create a series of disobedience and sin.

‘Lamech took two wives for himself, one named Adah and the other named Zillah. ‘ Genesis 4:19

Marriage was not designed this way. God intended for marriage to be one man and one woman, which mean Lamech introduced bigatry to society.

‘Lamech said to his wives: Adah and Zillah, hear my voice; wives of Lamech, pay attention to my words. For I killed a man for wounding me, a young man for striking me. If Cain is to be avenged seven times over, then for Lamech it will be seventy-seven times!‘ Genesis 4:23-24

Lamech was also a murderer who bragged about his sins, then essentially scoffed in the face of God. His arrogance and violence foreshadow the overwhelming sin of man that caused God to flood the earth.

Despite being from the lineage of Cain and the sons of Lamech, God uses the talents of Lamech’s children to bring about cultural advancements.

As I was searching for more information on Lamech’s offspring, I found a great commentary that discusses the meaning of each person’s name.

The Family Line of Jesus

‘Adam was intimate with his wife again, and she gave birth to a son and named him Seth, for she said, “God has given me another child in place of Abel, since Cain killed him.” A son was born to Seth also, and he named him Enosh. At that time people began to call on the name of Yahweh. ‘ Genesis 4:25-26